Metsähallitus and Ilmatar Energy Oy have signed an agreement under which Ilmatar Energy Oy, a joint enterprise formed by the Finnish company Ilmatar Windpower Oyj and the Capenergie 3 foundation administered by the French Omnes Capital will buy the Piiparinmäki-Murtomäki wind park project located in the municipalities of Pyhäntä and Kajaani from Metsähallitus.

“The agreement is significant for Metsähallitus – the result of work that has continued for years. The market situation has been unclear, owing to changes in support policy for renewable energy. We are very happy that we found a responsible entity to carry out our project”, says Tuomas Hallenberg. Director of the Metsähallitus Property Development Unit.

“The values of Ilmatar and Metsähallitus are very similar. We are both working on behalf of low-emission energy”, Hallenberg says.

“After having an excellently developed wind power project built on state land we will be able to offer industrial scale customers clean electrical energy reliably and at a low cost. At the same time we are significantly increasing the domestic origin of energy production while reducing emissions”, says Ilmatar Energy Oy CEO Erkka Saario.

Mapping out and refining locations suitable for the production of wind power on state-owned land is part of the Metsähallitus responsibility programme. “Wind power is the cheapest renewable energy and the Government’s energy goals will not be met without it. We feel that we are in the front line in creating possibilities for cleaner energy production”, Hallenberg continues. “We are especially pleased that the production of wind power has developed in a market based direction, and we managed to seal this agreement without guarantees of a support system”, Hallenberg emphasises.

The Piiparinmäki-Murtomäki project includes two wind parks with a combined capacity over 200 MW. The whole that they form is one of Finland’s largest wind parks. “There are currently 91 wind power turbines operating on state-owned land, and the energy that they produce corresponds to the power consumption of roughly 45 000 electrically heated houses “, Hallenberg says.

There are 41 turbine locations in Piiparinmäki and nine in Murtomäki. The maximum permissible height of the tips of the blades of the wind turbines to be built is 230 metres. The zoning plans for Pyhäntä and Kajaani and the building permits for the 41 turbines at Piiparinmäki are valid, but an appeal against the Murtomäki plan was made to the Supreme Administrative Court in May 2018. Construction work at Piiparinmäki-Murtomäki will begin in 2019 at the earliest.

The wind park is linked with the area network of Loiste Sähköverkko Oy which is to be built later. Ilmatar and Loiste have initially agreed on linkage to the grid.

The task of Metsähallitus is to set aside and refine state-owned areas under its control to make them suitable for wind power activities, as well as active project development and the rental of land based on competitive bidding. Metsähallitus grants the right to build wind power plants on the basis of reservation and right of use agreements.

“The need for land for wind power will be adapted to other forms of use of state land already at the natural resource planning level”, Hallenberg says.

At the end of 2017 there were 700 wind power plants in operation in Finland with a total output capacity of 2044 MW. They produced about 5.6 percent of the electricity consumed in Finland in 2017. 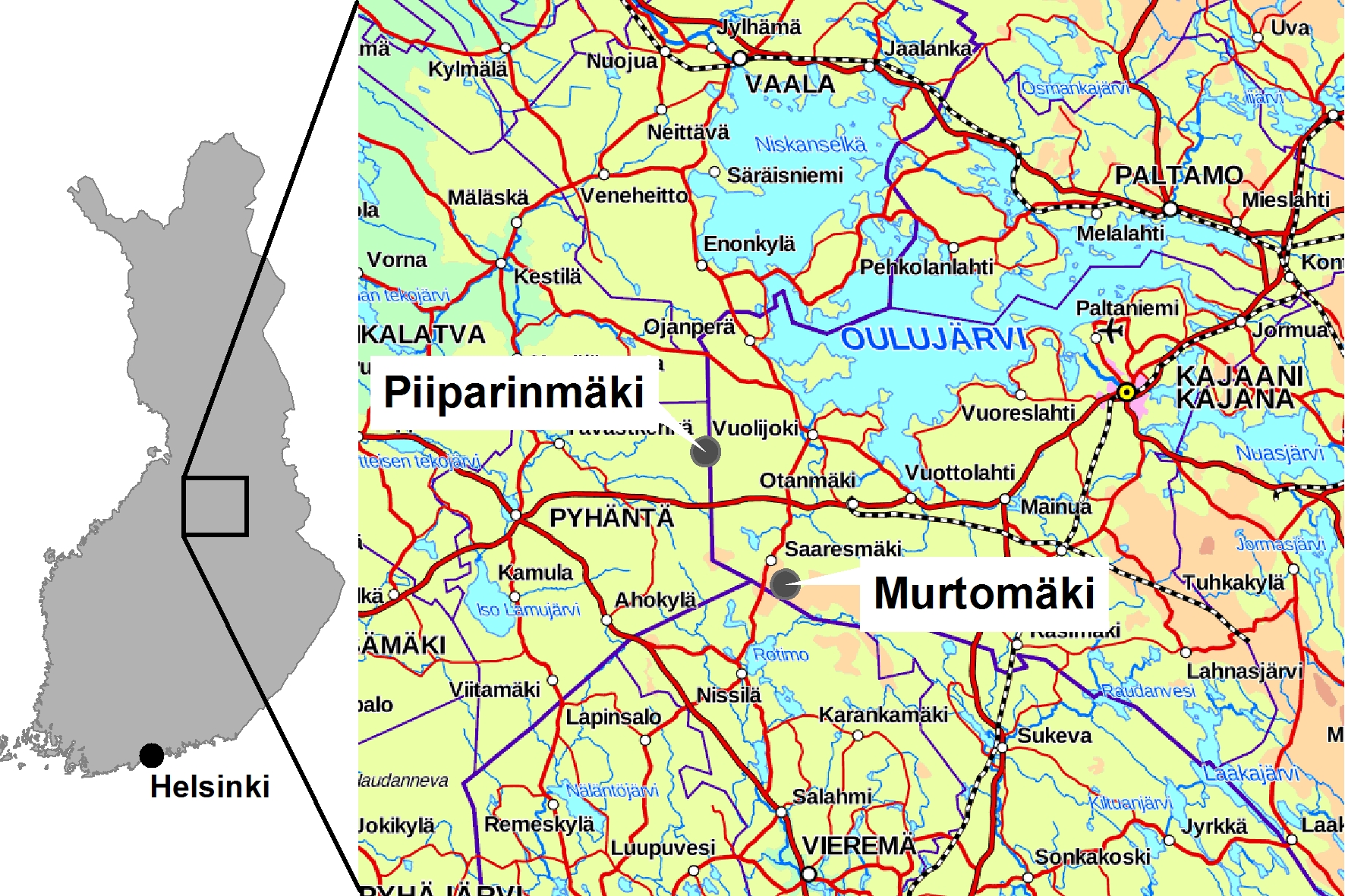 Metsähallitus is a versatile bioeconomy pioneer. We are an unincorporated state enterprise managing one third of Finland’s surface area. We manage and develop state-owned land and water areas in a responsible manner so that they bring maximum benefits to Finnish society.

The real estate business handled by Property Development increases the value of state-owned land and water properties and lays the foundation for a diverse bioeconomy, not to mention local enterprise and nature recreation.

Ilmatar Windpower Oyj is the parent company of the Ilmatar Group, a privately owned life cycle actor in Finnish industrial wind power, developing, which develops, builds, owns, and operates wind power parks. In addition to its ownership of Ilmatar Energy, the company has a significant wind power project portfolio.

Ilmatar Energy Oy is a Finnish joint venture owned by the Capenergie 3 foundation, which is administered by the French Omnes Capital and Ilmatar Windpower Oyj. The goal of the joint venture is to build and operate 1,000 MW of wind power capacity in Finland.