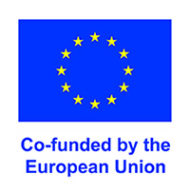 Atlantic salmon and brown trout are obligatory host species for the development of larvae-stage FPM. Therefore, protection of the mussel and its fish hosts goes always together.

At present, the only remaining large and regularly reproducing FPM populations are found from Fennoscandia and North-West Russia. Therefore, cross-border cooperation in this area is of great importance for the conservation of the species. In the SALMUS project, partners from four neighbouring countries promote conservation of FPM by making field mappings and population status assessments. In addition, new restoration methods for improving the state of declining mussel populations are developed, and general awareness of the important cross-border river systems is raised. 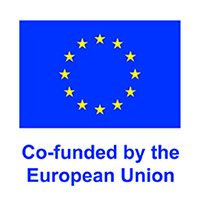 The SALMUS project is financed by ENI Kolarctic Cross Border Cooperation programme (EU) and by national funds. The total budget is 2 125 815 euros. The project is implemented in the area of the Green Belt of Fennoscandia (GBF) from 2019 to 2022.

A prerequisite in all practical conservation work is to know the location of the populations in question. With FPM, two novel techniques will be used for this purpose. Catching host fish of FPM by electrofishing enables inspecting the possible occurrence of FPM larvae in the gills of young fish.

The other method is to detect eDNA (environmental DNA, i.e. genetic material of FPM) in water samples taken from various rivers. Both applied methods are fast to perform, and they make investigation of much larger number of rivers possible compared to traditional searching methods (aquascope and diving).

Viability of the known mussel populations is evaluated using criteria of the national FPM monitoring programmes. Central parameters to be assessed are population size, density of the mussels, age distribution and proportion and size of the smallest mussels in a population. Also, genetic diversity of FPM populations is measured.

Growth conditions for FPM vary a lot between different water systems. Therefore, a river-specific age-length relationship will be determined and separate growth curves for each population constructed. Together with the genetic structure of the populations, this knowledge is of great value in effective conservation planning.

Most FPM populations in Southern and Central Europe have already become extinct, but even in Northern Europe major part of the populations is nowadays estimated to be non-functional, i.e. individuals reproduce only occasionally or – more often – not at all. In our project, viability of FPM populations is improved by development and testing of different restoration measures.

In captive breeding host fish individuals are infected by FPM larvae and the developing juvenile mussels are thereafter reared in fish tanks some years before transferring back to the river. Rehabilitation of adult mussels is needed when individuals are in such a poor condition that they do not produce mussel larvae anymore. Reproduction can be restarted when mussels are fed and kept in clean water conditions in fish tanks.

Finally, techniques for improving oxygen conditions in the river bottom gravels are also developed which is critical especially for the survival of young FPM stages.

Freshwater pearl mussels indicate ecologically good environmental status when present in a river. But also, FPM themselves are known to be effective engineers of their environment. They can filter various types of organic material from the water column. In addition, they act as an attachment surface for many other organisms and cause beneficial bioturbation when burrowing in the river bottom. All these effects can be classified as regulating ecosystem services.

FPM has also played a vital role in the era of pearl fishing. Traditions and folklore linked to it provide a good example of cultural ecosystem services provided by the species.

The project SALMUS will spread information about its goals and results in different ways. For professional purposes, results and new practices are disseminated by publications and seminars. More generally, public awareness of the importance of healthy cross-border river systems is raised both in traditional and social media.

In addition, a live web camera feed from FPM riverbed will be provided for the big audience. Schoolchild groups and nature tourism entrepreneurs are also invited for excursions at the FPM rivers. 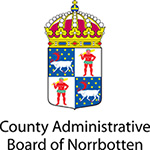